Avalon’s Getting Something New 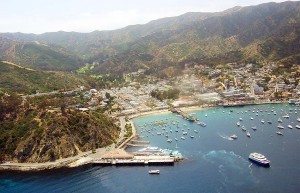 That’s pretty exciting considering the existing fuel dock was built in the 1920’s! Finally after many years of planning, construction has begun on the new fuel dock on Avalon. They are hoping to have it completed by mid-May, just in time for the summer boating season!

The fuel dock pier which was originally built in the 1920’s, it’s located near the Casino building and is frequently used by both recreational boaters and Catalina tour boat operators.

The new fuel dock on Avalon will be approximately 108-ft. by 36-ft. Plans include removing decaying timber piles and replacing them with bearing and fender piles.

If you’re heading over to Catalina between now and summer, no worries, a temporary fuel dock has been set up. It’s at the Rescue Dock near the construction site for boaters to fill up during construction. The temporary dock has two 500-gallon tanks, one with diesel and one with gas.

Marine fuel is still available year round from the fuel dock at Isthmus Cove. Gas, diesel, pump-out station and water are available year-round. Hours of operation are 8:00AM to 4:00PM, with extended hours during the summer. Propane is also available on shore.

Do your summer plans include a boating trip to Catalina Island? If so, there will be a new fuel dock on Avalon. Happy Boating!